Washingtonville was first settled in 1731. Growth was slow for the next seventy-five years. In 1809, John Jaques, a boot and shoemaker, set up his shop in this tiny settlement of nine houses then known as Little York.  Jaques would later establish America’s oldest winery in 1839 (see below). 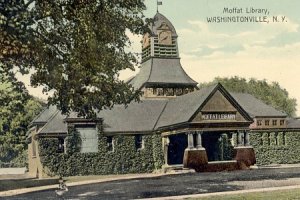 Samuel Moffat, III built a trading post on the village square in 1811 at the junction of the New Windsor and Blooming Grove Turnpike with the Goshen Road. The hamlet began to prosper with tannery grist and plaster mills. A hotel was needed and Samuel built his Washington Tavern in 1817. The same year, Samuel and John Jaques bestowed the village with a new name Washingtonville, in honor of the late general and first president of the United States.

Samuel Moffat’s grandson, David Halliday Moffat, Jr., was born in the family mansion on West Main Street on July 23, 1839. He was destined to be the foremost banker and benefactor of Denver, Colorado. David owned many gold mines, built several railroads, and presented his hometown with its magnificent Moffat Library building in 1887 on the site of his birthplace.

Washingtonville grew after the New York, Lake Erie and Western Railway built its branch through the village in 1850. Even though the railway tracks have been removed, the remains of the railroad building are located behind the present day Agway Store. Incorporated in 1895, the village had become an important dairying center where two creameries, Borden’s (presently used as a bus garage for the Washingtonville Central School District) and the Farmers Cooperative Market (South Street), several groceries, a bank, feed and lumber dealers, wagon shops, furniture makers and a hub shop all prospered. Its greatest growth in that time occurred in the seventh and eighth decades.

C.R. Shons opened up a cooperative on Depot Street, where the old red building still stands, and also had a large orchard on Goshen Avenue. Thomas Fulton’s grist mill, now the site of Agway, was destroyed by fire in the early 1900s. Hugh Lunney had his slaughter house on Goshen Avenue, near where the Spear Printing Company plant was, and also had a large ice house beside the point to Coopers Creek, harvesting ice for commercial use from the pond in the winter.

Borden‘s Creamery maintained a bottling plant and its refrigerator cars, loaded with milk, were shipped to Greycourt (Harriman) on either the Erie freight or passenger runs. This firm cut its ice from the small pond south of its creamery, storing it in the ice house on the east side of the plant. 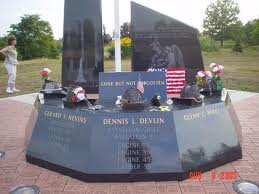 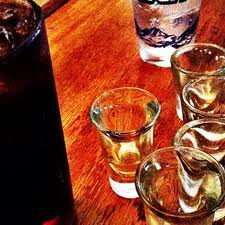 Brotherhood Winery was started by a European immigrant named John Jaques, who deeded it in 1858 to his three sons, John Jr., Oren, and Charles, later renaming it “Jacques Brothers’ Winery.” In 1886, ownership of winery came under the father and son ownership of James M. and Edward R. Emerson, acquiring it from Charles, the last surviving Jaques brother. The Emersons renamed the operation “Brotherhood” and expanded its facilities to include the single remaining original building on the winery’s property, as well as adding large underground winemaking facilities. Edward wrote the book The Story of the Vine while in ownership of Brotherhood.
The winery remained in operation during Prohibition as it produced sacramental wine for the Catholic Church. New ownership came in 1921 with Louis Farrell and his son Louis Jr. The Farrells owned the winery until 1947 when both the father and son died in close succession. Control of the winery passed to three Farrell cousins. Francis Farrell was the cousin that ran the vineyard through the World War II era. An expansion included visitor tour facilities and recognition for award-winning wines in regional wine competitions. 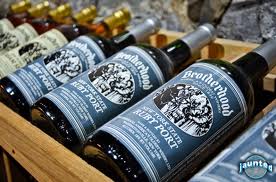 The most recent change of ownership occurred in 1987 when Cesar Baeza purchased the winery. Baeza established vineyards on Long Island during the 1990s. The Cabernet Sauvignon and Merlot planted there and produced into wine are noted as standouts on their sales list.