This is the first in what will be a series of blogs regarding the great hiking trails we have here near the Caldwell House. Hudson Valley hiking, with all its amazing vistas and views, is truly special.
From our hills and mountains on a clear day, one can see the Empire State Building and the new Freedom Tower.  You will also be treated to views of incredible foliage, beautiful streams, lakes and waterfalls. There is plenty of wild life to see and admire – deer, wild turkey, bald eagles, hawks, just to name a few.
From the top of the trails one can see West Point, the Storm King Art Center, the Hudson River and much of the lower Hudson Valley.
Today’s focus is on the Schunemunk Mountains. After today, we’ll post specific information on several of the trails in these hills. 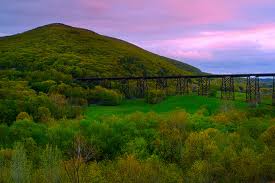 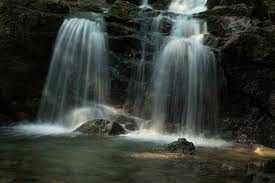 West of the Black Rock Forest in the northern Hudson Highlands rises a land formation with several unique and striking features. Hikers on Schunemunk have much to marvel at, from the continuous views along the ridge to the unforgettable rock beneath their tramping feet.
Usually pronounced skun-uh-munk, the name means “excellent fireplace” in the Algonquin tongue. This name was given to the village that once existed on the northern spur of the mountain on which lived the Indian tribe that originally owned the land. Today, the Mountainville Conservancy of Storm King Art Center, who continues to permit hikers to enjoy this region, owns the northern half of the ridge. 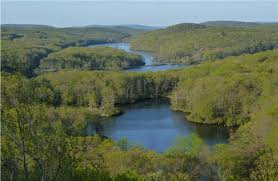 An impressive ridge, nearly 1,700 feet high, Schunemunk Mountain is double-crested on its north end. It extends more than eight miles from Salisbury Mills on its northeastern end to Monroe on the southwest point. On a map, it does not seem topographically different from the gneiss and granite Highlands eastward, but geologically it is much younger, composed of sandstone, shale, and conglomerate of Devonian time, with Silurian as well as Ordovician strata at its base. It is part of a long ridge of similar strata extending forty miles southwest into New Jersey, past Greenwood Lake and Green Pond, and ending near Lake Hopatcong. It was formed out of sediment in a shallow sound of the ancient sea that vanished as the Taconic Highlands rose up. 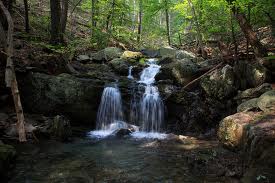 The conglomerate ledges, composed of the highest and youngest of the Schunemunk strata, are conspicuous on the long, level summit, with a reddish-purple matrix enclosing white quartz pebbles up to six inches in diameter – the remnants of erosion of beaches and deltas from the Taconic Highlands to the east. Subsequent lateral pressure from the collision of Africa into North America deformed the formation into a series of folds, with the strata on the east limb of the ridge dipping into the west and those on the west limb dipping to the east. It has undergone extensive longitudinal and cross faulting that has further confused the original sedimentary relations. A fault zone led to the cleft in the middle of the northern end, making double crests, with the densely wooded Barton Swamp in the depression between the crests.            . 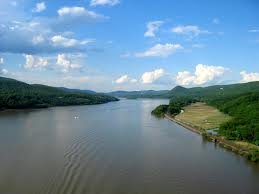 On the other side of the valley to the west, and wooded knobs of Precambrian gneiss extending from Woodcock Hill (over 1,000 feet), west of the north end of Schunemunk, southwest to Sugarloaf Their position, bounded on the east by Devonian and Silurian formations and on the west by Ordovician slates and lime-stones of the Wallkill Valley, has caused much geological speculation. Earlier interpretations held that these knobs were parts of a syncline, or a structural down fold, and were at the original western border of the Highlands, and that the Schunemunk strata had been laid down in this trough Later studies suggest that these knobs are gigantic overthrust blocks, shoved from the western front of the Highlands during the great push of the Taconian Orogeny some 480 million years ago. Their relative hardness caused them to stand up as knobs, while softer formations around them wore down into the valleys Woodcock Hill is made up of both Precambrian gneiss abutting the Ordovician formations on its west foot and Schunemunk strata on its eastern slopes. 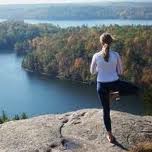 Car access is by Route 17, or the Thruway to exit 16 (Harriman), then north on Route 32 to Highland Mills, Woodbury, or Mountainville. Short line buses from the Port Authority Bus Terminal, Manhattan, stop at these same towns
A dirt parking area is maintained by the Star Factory at the north terminus of the Jessup Trail on Taylor Road, a half mile west of Route 32. Parking for the southern end of the Jessup is on Seven Springs Road, a few hundred feet east of the trail. Elsewhere, limited roadside parking can be found within reasonable distance of the trailheads 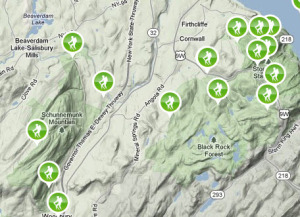