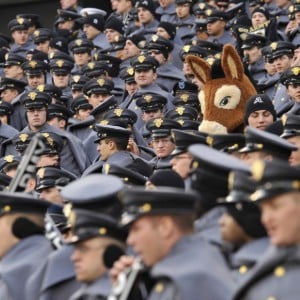 The National Military Appreciation Month (NMAM) is celebrated every May to honor the current and former members of the U.S. Armed Forces, including those who have died in the pursuit of freedom. It concludes on Memorial Day giving you lots of time to come to Orange County, NY and take a journey through military history at several sites located throughout. Each one is close to our bed and breakfast making it easy to plan a great weekend getaway.

Military Sites Near the Caldwell House

National Purple Heart Hall of Honor – located in New Windsor, this incredible place is on the same grounds as were occupied during the final months of the American Revolutionary War. It serves to honor the men and women who have been awarded the Purple Heart. Before the Purple Heart was the Badge of Military Merit and it was instituted by President George Washington while he was headquartered in Newburgh, NY. You can see one of the first medals he awarded at this hall of honor. The facility, which is over 7,500 square feet allows visitors to take a journey from World War 1 through all of the sacrifices our military personal have performed in the 20th and 21st centuries. It is a great place to learn some important history and pay our respects as well.

United States Military Academy at West Point– We’ve mentioned this academy many times in our blog postings before as it is a landmark in this area and just minutes from our bed and breakfast. You might hear it called West Point, Army, or Army West Point and each year they educate, train and inspire a new elite Corps of Cadets. Over 3 million people every year visit this prestigious school and you can take your own tour or a guided excursion on an air-conditioned bus where a tour guide will bring the history of West Point to life.

We would love to help you plan a memorable time in the Hudson Valley. You can read more about the attractions and things to do on our website. Call us anytime for more information or book directly online today!